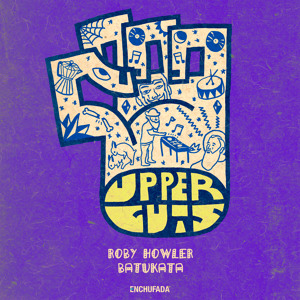 The Upper Cuts free downloads series keeps pushing the boundaries of the Global Club Music scene by giving you yet another club anthem from some of the world’s most underrated producers. We’d like to introduce you to Roby Howler, the second Russian producer to be featured this season, known for putting out tropical dancefloor bombs on labels such as Southern Fried, Trax Records, Top Billin, Overcooked and many more.
After remixing Tira o Pe by Buraka Som Sistema, this young beatmaker from up North gets formally introduced to the Enchufada family with the heavy-duty beats of Batukata. Bleeping kuduro-influenced beats get the track rolling, while frantic looping synths and the occasional vocal sample keep everything focused on the dancefloor’s needs, making this a must-listen for everyone who likes their raves with a tropical twist.